This text was originally posted as a Facebook status update, but has since then been corrected and updated for the “Drie Dwaze Weken” blog. DDW is one of the teams that has been working tirelessly for a Sinterklaas celebration without the racist Blackface “Zwarte Piet” character.

The colonial racist Blackface “Zwarte Piet” tradition is not a “blight on the bulwark of Dutch tolerance”. Instead, the tradition and the discourse around it symbolize a country that is, in all its institutions, thoroughly racist and white supremacist.

The Netherlands is a country that made its wealth by transporting 550.000 African slaves across the Atlantic, and using enslaved labor in Suriname for 200 years to ensure their global capitalist position among the wealthiest of nations. Dutch (anti-Black) racism persists up to this day. Internationally this is accomplished through capitalist-imperialist exploitation of semi-colonial and neo-colonial countries. Nationally and locally, these conditions are manufactured through forceful exclusion and intense repression by society’s primary social institutions (the educational system, the labor market, the state etc).

If you are white and still don’t want to understand why people in this country have a problem with a stereotypical theatrical blackface character that is dressed up in a page-boy slave costume portraying a dumb jolly submissive caricature of Black people, then you are a racist. No question about it. No longer should you look for reaffirmation that you are not part of the problem. Every year your persistence in wanting to keep this racist tradition becomes more and more a conscious decision.

Honestly, every single year, Black community activists explain all the legitimate reasons to oppose the racist iconography of Zwarte Piet. And every single year, their arguments are simplified to the extreme, they get subsequently ridiculed and the community members at the forefront get defamed and viciously attacked by a white Dutch reactionary backlash.

(White) people only feel the need to listen when the issue is depoliticized and explained through a white lens or when systematic racism is reduced simply to feelings, putting the responsibility and the blame of “suddenly making this a problem” on the side of the targets of racism, instead of on racism itself (and on those who perpetuate it).

Innocence as a weapon

White supremacy hides behind and defends itself through coded language of culture and innocence. Zwarte Piet proponents talk about the “superiority” of Dutch culture (which is actually about defending white European supremacy) as a way to legitimize anti-immigrant and racist discourse, “go back to your own country, if you don’t like our customs/traditions”, “there is no place for you here”, etc.

The Pro-Zwarte Piet crowd also boasts the presumed inherent innocence of Dutch people. Such as the innocence of children, whom they hide behind, or even their own innocence, mimicking the fabrication of “Dutch tolerance”, the original moral justification for colonial rule. They don’t just utilize this historically false claim as a defense, but as a weapon to exclude people and to position themselves as superior.

All of these arguments do not come from ignorance. They are a defense of white privilege and white supremacy. It should not matter whether this is done intentionally or not, the effect is the same. It is not in the self-interest of white people to do critical self-reflection about these or any other issue related to racism, since they acquire power and privileges from the status-quo.

Racist discourse serves only to breed and intensify the already prevalent culture of violence and hate against people of color in the Netherlands. The public is meant to believe that Anti-Piet violence is a thing, whereas reactionary Pro-Piet violence is not. However, unlike the mainstream, those who have been paying attention know that the perceived sharpness of the Anti-Piet crowd is nothing compared to the verbal and physical attacks made by hooligans and Neonazi’s in Utrecht, Gouda, The Hague, Rotterdam and Amsterdam against the opponents of Zwarte Piet.

This one-sided selective indignation pushed by the mainstream, just like the daily floods of death threats against Anti-Piet activists, can be considered a form of psychological warfare. And let’s not forget that Blackface itself is also a vicious form of violence – it is a tool used to dehumanize Black people, with detrimental repercussions as a result. The Anti-Piet militancy is a direct response to the daily violence committed against Black people.

Zwarte Piet is not the problem, only a symptom

This “debate” (for lack of a better word) around Zwarte Piet has not aggravated and fueled the tense contradictions in society by creating more racism. No. Instead, the Zwarte Piet debate has uncovered and exposed racism. And let’s be honest. This debate is not about Zwarte Piet. Zwarte Piet is only a symptom of the problem, the symbolic tip of the white supremacist iceberg. Racist discourse is a product of deeply embedded racist social relations, which in turn are rooted in the existing relations of production. In essence, the Zwarte Piet debate is a metaphor of Dutch society.

What’s actually happening is a struggle against white entitlement. White people are scared because this debate is a threat to the white establishment, to the existing racist power structures, a threat to white privilege. It is a threat to a 400 year old white supremacist social system from which every single white person in the Netherlands benefits every day. They are scared because Black community activists are building a movement which is not controlled by white hegemony. This is a struggle around legitimacy and (counter-)power.

The white ruling class only tolerates people of color if they are neutralized so that they pose no threat to capitalist white supremacy. The “critical voices” must be submitted to controllable institutions (which in reality are simply extensions of the state) in order to convert them into harmless icons.

The level of discourse must always appeal to a white audience and must not be a threat to “white safe spaces”. Under the cover of “norms and values” and “reasonableness” Black community activists are told that they must always play nice and limit their demands. Because the movement against Zwarte Piet does not play purely by these conditions imposed by the white establishment, they are vilified by the mainstream.

Zwarte Piet will be gone in a few years, and you better accept that. But know that getting rid of this racist blackface caricature is not the goal, it is only the bare minimum. It will be a major tactical victory when Zwarte Piet no longer appears on city streets and store shelves, but the longer strategic fight against white supremacy will persist and intensify. You should think deeply of what you want your role to be; do you want to stand in the way of progress, or be part of it? 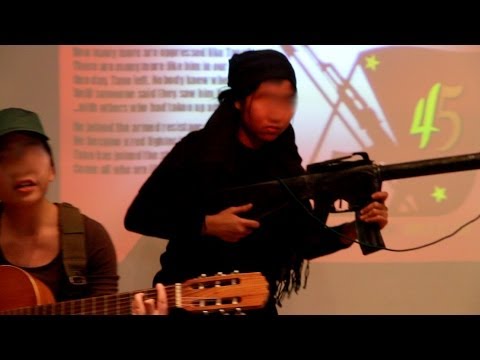